Form Builder is an online application to create responsive all kinds of forms. Using responsive, the size of the screen presenting the form is distinguished and the design is tailored for that specific device. Finally the end outcome is a form that looks very professional on every device, every time, which boosts submission rates.

Need to collect data from your potential customers, and then sell your products to them? Cognito Forms just might be what you need—for free. You can make detailed forms, with repeating sections that let you collect as much data as responders want to share.

There’s calculated fields, file uploads, conditional logic, and more, all to help you make the advanced forms you need.As surprising as it may be, Cognito offers all of that for free. You can make as many forms as you want and collect up to 500 entries without paying anything. Then, you can add products to your forms and use them to sell your stuff, and Cognito will charge you just 1% of your sales price. That makes it incredibly effective to start out and then scale up the price as you sell more stuff. And, if you used Adobe FormsCentral, Cognito can be a great service to switch to since it can import your older Forms Central forms.

…so what are some alternatives to Cognito Forms?

FormTitan A powerful cloud based form builder tool for creating online web forms.It is so simple that in a matter of minutes you can create your form and start using it. It requires no programming skills – Titan does it all for you. FormTitan enables you to create an endless array of forms: contact forms, feedback forms, order forms, purchase forms, online invitations, surveys and polls etc.Formtitan is packed with a conversion rate optimization engine, its allow not just to build a very nice form but will also help you to build it in a way that it will have a better conversion rates.
In the world of Online forms, conversion rate is the number of visitors who submitted a formdivided by the total number of visitors to that form. Conversion Rate Optimization simply refers to the process of improving your form by increasing your conversion rates.

JotForm comes with a ton of pre-made templates for you to work with.

It is a drag-and-drop form builder; just select a tool you require, and  drag it onto the building area where you can preview what your form  looks like. You can customize and create your own form or choose a template from one of the many categories.

The templates help you start  somewhere, giving you ideas to create your own form. However, if you’re  satisfied with the template and want no other options, just go ahead and get the HTML code and paste it on your website.

In an internet dominant time, people have turned to websites to expand their businesses, organizations and companies. Building a website would entail employing the work of professional web builders which costs thousands of dollars.

This review will take a look at what Form Builder brings to the table to help you decide if this is an app you would want on your website or not. Taking a look at its pros and cons should help you get a better grasp of Form Builder.

The only form builder that allows you to design your
form without any layout restrictions. Creating basic web forms without having to deal with their design. Adding dependencies to create a compound flow in the form.

Orbeon Forms is your solution to build and deploy web forms. It handles large forms with complex validation and extensive collections of forms, all situations typical of the enterprise or government.

It implements the W3C XForms standard and is available in an open source Community Edition, as well as a commercially supported Professional Edition. Orbeon Forms is used around the world in a number of industries, including governments, banking, healthcare, telecom, and education.

Sms Alerts are a great option for those who are not constantly online, but would still like to be informed all the time. It may be applied to all forms: an order form, a feedback form, a contact form, etc.
When a form filler submits an entry in your web form a new data entry alert email is automatically sent to you by default.
If you wishe to be notified about these new data entry submissions via cell phone you can purchase a bulk of SMS’s and redirect them to your SMS cell phone number.
* Please note that the SMS feature requires the purchase of an SMS bulk and it only applies to all the active forms using this feature in the account.

Following are steps to use the SMS Alerts option:
1) Purchase a bulk of SMS’s in the Payment center.

2) Enter your form in the form creator.

4) Type your cellphone number in the SMS Number field.
* Take note – You must enter the complete number (the same as when people dial your number from overseas). It should include the country code + cellphone number with no spaces between them.

When you register to FormLogix you provide an email address, under which your account is set up. The account email address is significant in FormLogix since all new data entry emails are sent automatically, by default, to this address.
There are cases in which the account owner wishes to change the email address and receive the emails in a different email address – this is where the “email change” option comes in.

Essentially there are 2 ways to have the emails sent to another address:
A. Use the ‘ email change ‘ option.
Or
B. Use the ‘mailing list’ option.

This option is located in the ‘edit your preferences’ page and it enables you to change your account email. Using this option means that your entire account (forms and all) will move under the new email and that your login username will change as well.
Following are steps to change the email:
1- Login to your FormLogix account.
2- Go to the ‘Edit Your Preferences‘ page. (press on the link under the website upper menu)
3- Enter your new email instead of the current email and press on the ‘update’ button.
4- A message will appear below the textbox informing you if the email was changed or not.

Following are steps to use the mailing list:
1- login to FormLogix.
2- Enter your form in the form builder.
3- Go to the ‘form settings’ on the right and enter one or more email addresses in the ‘mailing list’ textbox.
4- Press on apply and save the form.

If you wish to disable the email sent to you (account owner) you can do so by:
1- enter the form in the form builder.
2- Go to the ‘form settings’ and turn on the ‘disable emails’ checkbox.
3- Press ‘apply’ and save the form.

When someone fills in your published email form you (the account owner) automatically receive a new data entry alert by default.
If you wish to disable this option so that the emails are not sent to you please do the following:
1- Enter your form in the form builder.
2- Go to the ‘form settings’ on the right.
3- Turn on the ‘disable emails’ option.

*please note that only the emails sent to account owner will be disabled using this option. Emails sent to form fillers and mailing list recipients will still be sent as usual.

in order to disable emails you need to:
A- enter your form (the emails are disabled per form and not per account)
B- go to the “form settings” on the right
C- turn on the “Disable emails” option
D- press on “apply”
E- save the form

2- A carbon copy sent to the form filler
This option allows the form filler to receive a copy of his/her submitted data. This option is not active by default but rather depends on the use of an “email element”.

In order to activate this carbon copy all you need to do is:
A- select the email element in your form (if you have no email element in the form you will need to add one)
B- go to the “element settings” on the right
C- turn on the “send copy” checkbox
D- press on “apply”
E- save the form

The email sent to the form filler has a standard layout and looks like the one sent to the account owner, but you may add a message to it by using the ”Email User Message” option or customize it altogether by using the “Custom User Email” option.
*Please note that the customized email message will be applied on both form filler email and mailing list email.

In order to customize the email format you need to:
A- enter your form
B- go to the “form settings” on the right
C- press on the “custom user email” button (to open a mail configuration window)
D- enter the email content that will replace the existing email content. You can write plain text and also use the form variables to insert the actual data entered by the form filler.
E- press on “edit text” to open an editor window and graphically style the email – font type/color /size/line breaks etc .
F-Press on the “save icon” on the top toolbar which will close the editor window
F- press on the “save” button on the bottom of the configuration window
g- press on “apply”
H- save the form

3- A carbon copy sent to specified mailing list addressesThis option allows the form owner to share the data he is receiving by having it sent to other specified email addresses in addition to himself.

In order to use this option you need to:
A- enter your form
B- go to the “form settings” on the right
C- enter email addresses in the “mailing list” textbox
D- press on “apply”
E- save the form 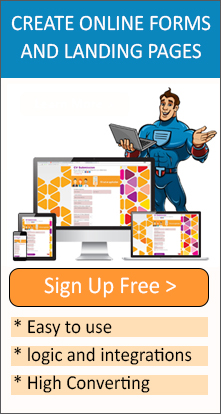 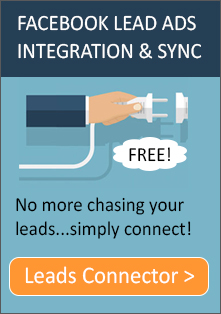